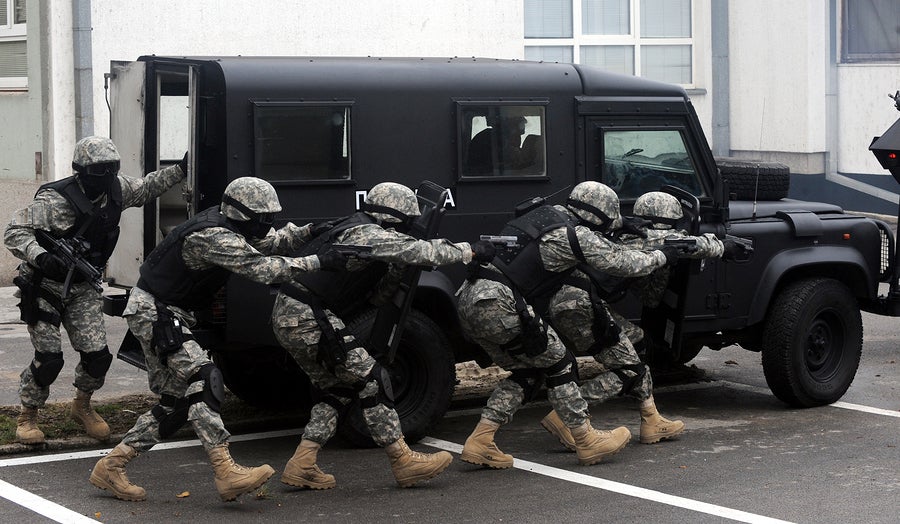 Federal authorities have arrested 10 people on federal narcotics-trafficking and firearms charges in Los Angeles, Inglewood, and Hawthorne. The 10 people are allegedly members of the Osage Legend Crips gang.

According to ABC 7 News, Police carried out search warrants throughout the Los Angeles, Inglewood, and Hawthorne areas to find evidence connected to the drug activity. They believe that the gang members manufactured and sold crack cocaine.

In addition, they believe that these individuals "used violence and intimidation, including firearms, to maintain and expand their drug-dealing territory, to protect themselves, their drugs, and their drug proceeds from rival gangs and drug-dealing organizations, and to collect payment from drug customers." As a result, those arrested will likely face charges for gang activity in addition to their narcotics and firearms charges.

In California, many local, state and federal enforcement efforts target gang activity from the over 1,400 gangs in the Southern California area, and increase the penalty for gang-related crimes.

Under California Penal Code Section 186.22, “Any person who actively participates in any criminal street gang with knowledge that its members engage in or have engaged in a pattern of criminal gang activity, and who willfully promotes, furthers, or assists in any felonious criminal conduct by members of that gang, shall be punished by imprisonment in a county jail for a period not to exceed one year, or by imprisonment in the state prison for 16 months, or two or three years.”

If the underlying crime committed is a felony, the person can be punished by an additional two, three, or four years in prison. If the crime is a serious felony under California law, then an additional five years can be added, and if it is a violent felony it is punishable by an extra 10 years in prison. The consequences of a gang activity enhancements are indeed severe.

Being charged with gang related crimes not only makes possible sentences more harsh, but it can also have lasting effects on many aspects of a person's life beyond prison. For skilled legal representation in your criminal case, contact our Southern California gang crime defense lawyers here at the Kann California Defense Group today.