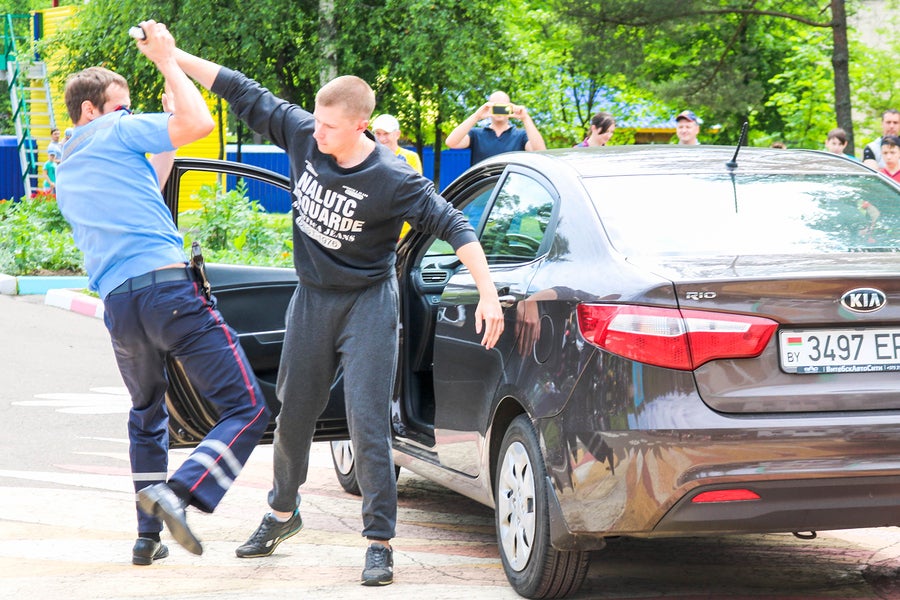 Recently a 41-year-old Victorville man, Gilbert Morales, was arrested near Ranch Cucamonga after he allegedly assaulted two San Bernardino County Sheriff's Department deputies. According to the Daily Bulletin, Morales intentionally drove his car into a marked police car after officers attempted to pull him over for a traffic stop.

The San Bernardino County assault on the officers began when officers, following Morales on the 15 freeway, attempted to pull him over, but he would not stop. Officers followed the car and eventually came to a dead-end street. Morales then “made a U-turn and intentionally rammed the marked sheriff's unit head-on multiple times before driving away.”

Morales got away, but was found a week later when officer recognized his car driving on the freeway. Now Morales is facing several charges including assault on a peace officer, as well as narcotics possession and gun possession charges as these items were discovered in his car at the time of his arrest.

Assault on a Peace Officer

When an individual assaults law enforcement officials or firefighters, who are legally known as "peace officers" under California Penal Code Section 241(c), he or she faces harsher penalties than when assault is committed against other individuals. Under California Penal Code Section 241 (c) when an assault is committed against a peace officer such as a police officer, firefighter, or other peace officer (EMT, paramedic, lifeguard, parking control officer, etc.) penalties can include a fine of up to $2,000 or imprisonment in county jail not exceeding one year.

Unfortunately, it is common for people to be falsely accused of this offense. When police officers are involved, things can get out of hand rather quickly and police officers can easily take something that is said or done personally. It is important to remember that to obtain a conviction for this type of assault charge, the prosecution must prove that the defendant "knew or reasonably should have known" that the alleged victim was a peace officer. Showing that the defendant was not aware the person was a peace officer is a possible defense to this charge. If this is the case, even if a defendant is convicted of assault, they should not be convicted of the more severe penalties for assaulting a peace officer.

Being charged with any form of assault can have devastating effects on one's life, even beyond serving time in prison and paying heavy fines. If you or a loved one is facing assault charges, contact the attorneys here at The Kann California Defense Group for a free consultation on your case. 888-744-7730