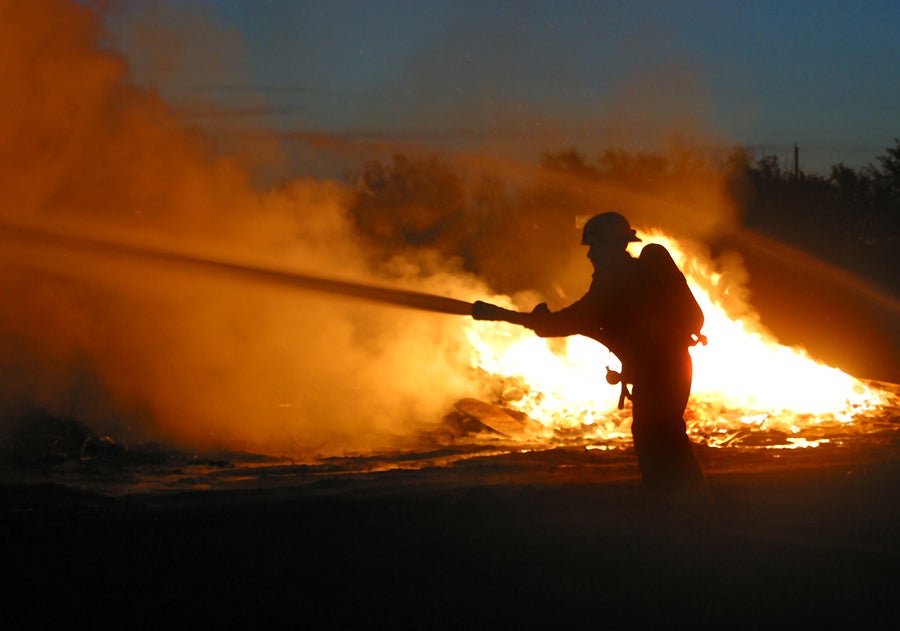 On the morning of August 8th, a 51-year-old man, Forrest Gordon Clark, was arrested at his home in connection with the large forest fire in the Cleveland National forest, that has burned over 18,000 acres. According to ABC 7 News, the Orange County fire authority became suspicious of Clark when they discovered the origin of the fire was near the cabin he owns.

Currently, investigators believe the fire was an intentional act. They have been gathering evidence to support this claim. For example, the fire originated near Clark's cabin, and of the 14 cabins in the area, Clark's is the only one still standing. Clark also sent an email to the volunteer fire chief last week warning, "This place will burn" after a dispute with his neighbors.

Clark was booked into the Orange County Jail and is being held on a $1 million bail. He is currently facing several criminal charges including two counts of felony arson, one count of felony threat to terrorize, and one count of misdemeanor resisting arrest. If he is convicted on all these charges, it could mean life behind bars.

Arson, on its own, is a very serious charge—in California where the dry climate allows fires to spread so quickly, it is truly destructive. California Penal Code Section 451 states a person is guilty of arson if that person “willfully and maliciously sets fire to or burns or causes to be burned or who aids, counsels, or procures the burning of, any structure, forest land, or property.” The severity of the penalties for an arson conviction depends on the circumstances and consequences of the crime committed—for example, if the fire is large, destroys homes, or hurts or kills others, the severity of the penalties increases dramatically. In Clark's case, if he is convicted of the threat and resisting arrest charges, those too will add to his penalty.

It is important to remember that even if you are facing multiple charges, the prosecution must prove every element of every crime charged against you. If you have been accused of arson and are facing charges in Southern California, remember that the prosecution has to prove that you “willfully” and “maliciously” committed the act of arson. Do not say or do anything that could be used against you and contact a Southern California criminal defense attorney as soon as possible.

Our attorneys here at the Kann California Defense Group have years of experience. We will evaluate your case and determine the best defense possible. To protect your rights, call us today at (888)744-7730 or or fill out our online contact form for a fast response from one of our attorneys.