Police Arrest Man for Smuggling Cocaine Worth Over $500K 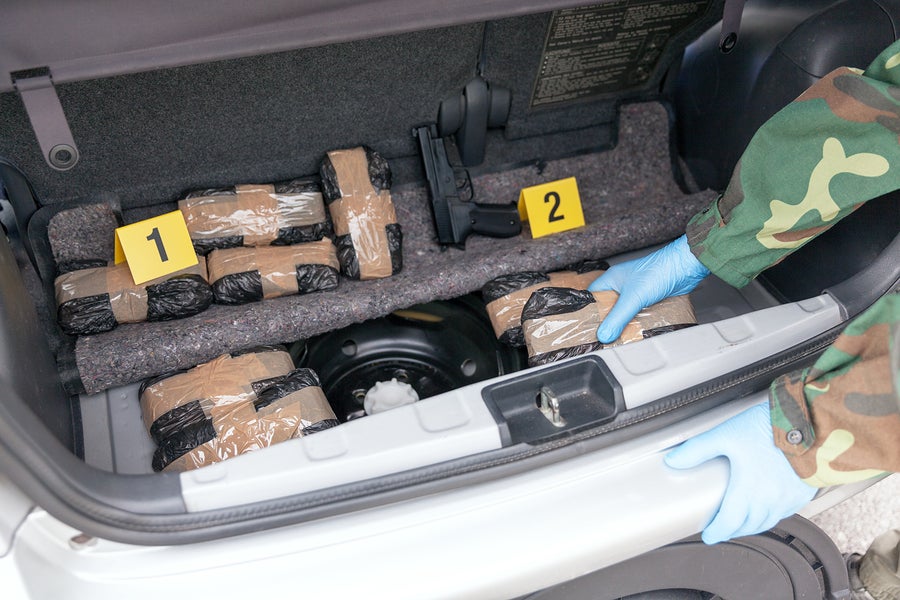 U.S. Border Patrol recently arrested a 34-year old man in San Clemente after they discovered 20 brick-shaped packages of cocaine in his vehicle. The officers originally made a traffic stop when they saw the car “driving erratically on the 5 Freeway.” After pulling the car over, officers searched the car and found the cocaine, according to ABC 7 News.

The man was traveling with his wife and infant. The wife entered a nearby shopping center with the child to use the restroom and never returned. Police later found her nearly ¼ a mile away. She was detained, but later released. More drugs were found in the car and the total value was estimated to be $512,500 worth of cocaine.

Under California law (California Health and Safety Code 11350) possession of specific controlled substances is a crime—cocaine is one of these substances. Possession of cocaine is a felony offense. The consequences of this charge include incarceration and can be more severe depending on the quantity of drugs seized, the circumstances of the incident, and the defendant's prior criminal history.

When a larger amount of cocaine is seized, the defendant may face possession for sale of controlled substance charge. With this charge, the prosecution must prove you had the intent to sell—however, if they do, the consequences can be even more severe such as up to four years in a state prison and a fine of up to $20,000. Additional aggravating factors could also increase sentences by decades and dramatically increase fines.

A drug crime conviction can have harsh consequences, so any cocaine-related charges must be taken seriously. Contact the experienced criminal defense attorneys at the Kann California Law Group at (888) 744-7730 for a free consultation to discuss the details of your case and how we can assist in your defense.