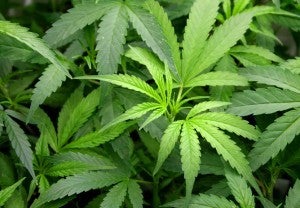 By now, nearly everyone has heard that 55% of California voters passed Proposition 64 on November 8th, making recreational use of marijuana legal for adults over the age of 21. The proposition, known as the Adult Use of Marijuana Act (AUMA) controls, regulates and taxes marijuana.  Because Proposition 64 is more than 60 pages long, most California residents have not taken the time to wade through all that legalese leaving many with unanswered questions.

Although it will take some time for the state to draft and approve all of the necessary regulations, the AUMA requires that sales licenses be available by January 1, 2018.  In the meantime, there are some facts and myths about the new law:

Marijuana Use: Adults over the age of 21 can use, posses, and share 1 ounce of cannabis or 8 grams of concentrate.

Purchase:  Until licenses become available on January 1, 2018, it is not legal to purchase cannabis, although it is acceptable to gift a plant or any portion of a plant to another California resident as long as money is not exchanged.

Public Use:  It is not legal to consume marijuana in public places or in areas where tobacco is prohibited.

Plants:  A California resident is not allowed to have more than six plants.

What's Not Allowed: It is not legal to consume cannabis on school grounds or youth center while children are present. It also remains illegal to consume cannabis and drive or to have an open container while driving or riding as a passenger. While an adult's use or possession in the state of California is now legal, surrounding states do not have similar laws and it remains illegal to take cannabis across state lines.

Taxes:  The state will now be able to impose a 15% excise tax with the monies going into a California Marijuana Tax Fund. It is anticipated that such taxes will result in hundreds of millions of dollars in revenue each year.

Environmental Regulations:  Although it is too early for the regulations to be drafted and in place, the AUMA allows the state of California and local municipalities to impose strict environmental regulations including the regulation of pesticides and the minimization of water usage and water waste.

A significant benefit of the AUMA is the modification or elimination of criminal penalties for many non-violent crimes involving marijuana. Most violations of the AUMA result in the imposition of a small fine or a requirement to attend 4 hours of drug education or counseling for those under the age of 18.  Anyone who has previously been convicted of possession or sale of marijuana may be able to have there felony reduced to a misdemeanor and then have there case dismissed all together by way of an expungement. In many other case misdemeanors can be reduced to infractions, which are not considered criminal in nature. Only an experienced criminal defense lawyer can review the specifics of your case and determine how to proceed to modify your sentence in accordance with the new law and to petition to have your charges reduced to misdemeanors and in many cases expunged and dismissed.

If you or someone you know was previously arrested, charged or convicted for the use or possession of cannabis, call the team of experienced criminal defense attorneys at the Kann California Defense Group for a free consultation. Call our toll-free number 888-744-7730 today or use our online contact form.