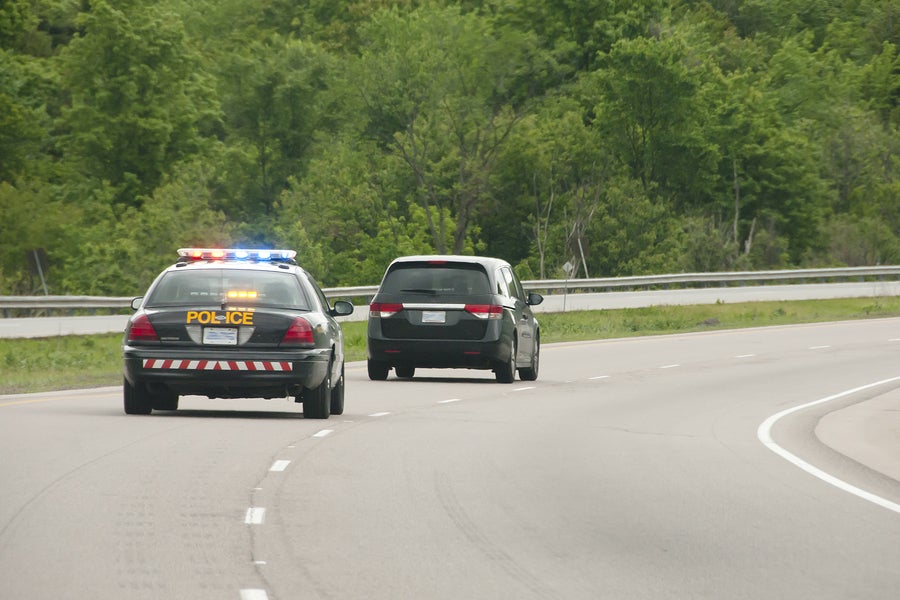 A car chase of suspects evading police in South Los Angeles ended with a car collision at the 1300 block of W. 59th Place. The four people riding in the vehicle that was hit, a Mazda SUV, included a mother and three children, and all were injured in the crash.

According to ABC 7 News, the chase started when LAPD officers pulled over a vehicle. A passenger carrying a gun jumped out of the vehicle and ran. He was picked up by another vehicle that then sped off. Police gave suit, and as the car sped away it hit into the Mazda, but then continued driving.

Later, police were able to apprehend three people involved in the incident, including the passenger carrying the gun. Those injured were transported to the hospital, though the injuries are believed to be non-life-threatening. The individuals that caused the accident will likely be facing several criminal charges such as evading an officer and felony hit-and-run.

In California, it is illegal to leave the scene of an accident you caused without stopping. In this case, because there were injuries involved in this hit-and-run accident, the suspects will most likely be facing felony hit-and-run charges, which is covered under California Vehicle Code 20001. If the driver was driving under the influence or with a suspended license at the time of the crash, their charges can be even more serious. A conviction of the felony hit-and-run can result in up to four years in state prison. More jail time and greater fines can also be added on for a DUI or a driving with a suspended license conviction.

Hit-and-run accidents — especially those involving injuries like in this case — can mean serious jail time and hefty fines. When faced with these charges, defendants can find themselves in deep legal trouble very quickly. If you or someone you care about is facing a hit-and-run charge, don't hesitate to contact The Kann California Defense Group right away. We are dedicated criminal defense attorneys that will work hard to defend your legal rights and help you get the best outcome possible in your case.

Call our office at (888) 744-7730 or contact us online for a consultation and review of your legal options.