Three Found Driving Through Glendale With 10 Pounds of Meth 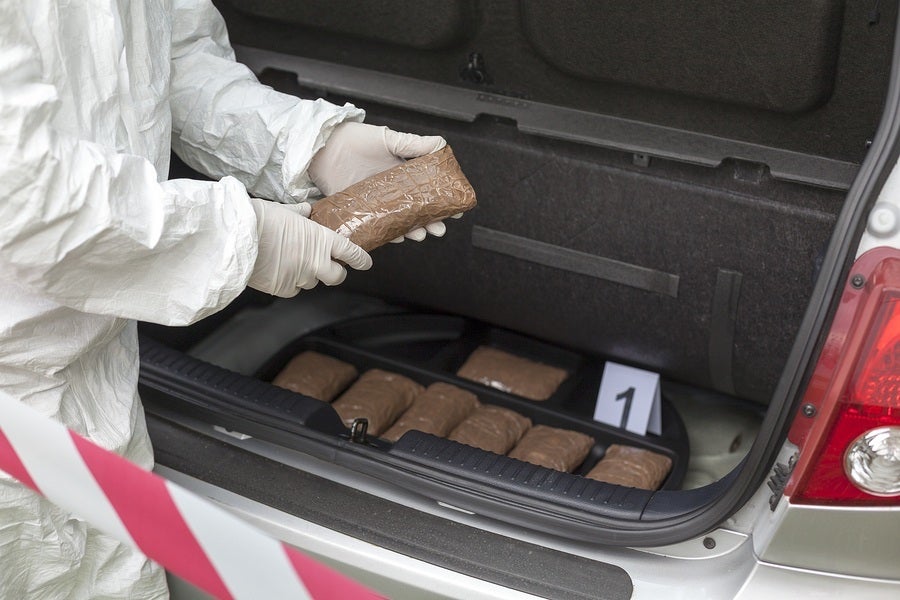 According to the Los Angeles Daily News, three people were arrested in Glendale when officers found 10 pounds of meth in their car. The three individuals were traveling through Glendale from Wyoming when an officer pulled the driver over for a traffic violation. Once pulled over, a license check revealed the driver was also driving with a suspended license.

In searching the car, the police discovered “10 pounds of meth [was] hidden in large packages throughout the vehicle's interior…” The three were arrested on suspicion of transportation and possession for sales. Detectives later determined that the suspects were traveling from Wyoming “for the purpose of purchasing narcotics in bulk.” One suspect was released on bail, while the other two will await their next court date in custody at the L.A. county jail.

A meth possession charge can have severe consequences, and if the amount in possession is large, as in the case above, it is often accompanied by a “possession with the intent to distribute” charge. However, it is important to remember that the burden of proof is on the prosecutor to prove each element of the charge. If you have been arrested for possession of meth or possession with intent to sell, it is important to talk to a Los Angeles Criminal Defense Attorney as soon as possible to make sure your legal rights are protected. For example, an officer must have probable cause to conduct the search of a vehicle or your person, or charges may be dropped. Also, a charge of possession with intent to distribute can be fought, depending on the amount of meth in your possession. An experienced attorney can look at the facts of your case to determine your available defenses.

An arrest for meth possession can mean serious consequences. If you or someone you love is facing prosecution for meth possession, get in touch with one of our skilled Criminal Defense lawyers here at the Kann California Defense Group. We have the experience you need and the knowledge and skill to implement the best defense strategies for your case. Call us today at 888-744-7730 or use our online contact form now. We look forward to helping you.