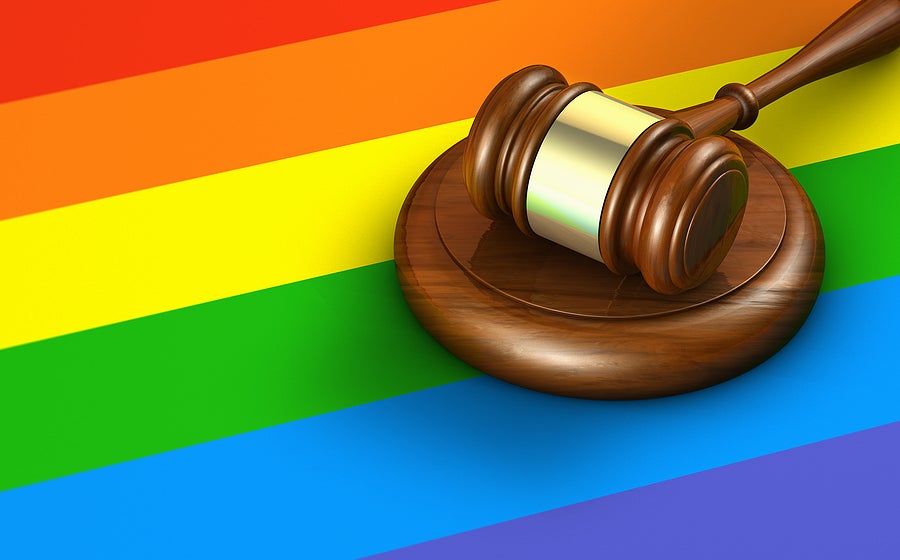 On July 28th, according to the local law enforcement authorities, a pride flag was stolen in Los Olivos, a town in the Santa Ynez Valley region of central Santa Barbara County. The Sheriff's Office in the county asked the prosecutors to charge two people with hate crime for stealing a pride flag from a small community in Southern California wine country.

A theft of a pride flag was reported to the Sheriff's Office in the 2900 block of Nojoqui Avenue. Deputies who responded to this call were able to collect evidence and interview the witnesses and victims. Investigators also found an online video of two suspects burning a pride flag.

Two young adults were arrested and confessed to stealing a flag from an undisclosed location in Ballard, a community near Los Olivos. In addition, the suspects allegedly admitted to filming and burning the stolen flag for a video shared on social media.

Throughout the investigation, the deputies maintained contact with victims and community members who expressed concern about the theft. The Santa Barbara County Sheriff's Office announced that it had referred the case to the district attorney with a recommendation of petty theft and hate crime charges.

California Penal Code Section 422.6(a) makes it clear that this law applies to anyone who commits a crime out of bias against one or more of these categories of people. A hate crime is either a crime in and of itself or an increase in the penalties for another crime.

Hate crimes have harsh repercussions and may be charged by the federal government or the state where the crime was committed.

It's difficult to convict someone of a hate crime as numerous defenses are usually available. One of the most common defenses is that you didn't commit the alleged crime because there was no intent to commit harm.

The law requires proof that the defendant was acting with the intent to discriminate against someone based on race, religion, disability, sexual orientation, or ethnicity. If there is no evidence of such intent, the defendant cannot be convicted of a hate crime. It's not always appropriate to consider a crime a hate crime if the victim and perpetrator are of different races.

Another common defense is that there was no evidence that supported the prosecution's theory of the case or that there were other possible explanations for what happened. This can include showing that any evidence was circumstantial or if there were other unknown factors involved in the incident at hand.

Another important issue is the difference between speech alone and hate crimes. For example, vague threats are a typical part of speech, but they can be prosecuted as a hate crime when the person accused has demonstrated a tendency to carry out violence.

Get a Leading Criminal Defense Attorney on Your Side

At Kann California Defense Group, we believe everyone is entitled to fierce and zealous defense. So, if you've been charged with a hate crime, speak to our accomplished criminal defense attorneys to discuss a legal strategy for an effective hate crime defense.

Our goal will be to get your charges reduced or dismissed, and we will work hard to achieve the absolute best possible outcome. We have the reputation and experience needed to handle the most challenging hate crime cases. Call (888) 744-7730 or fill out our online form to request a free consultation.