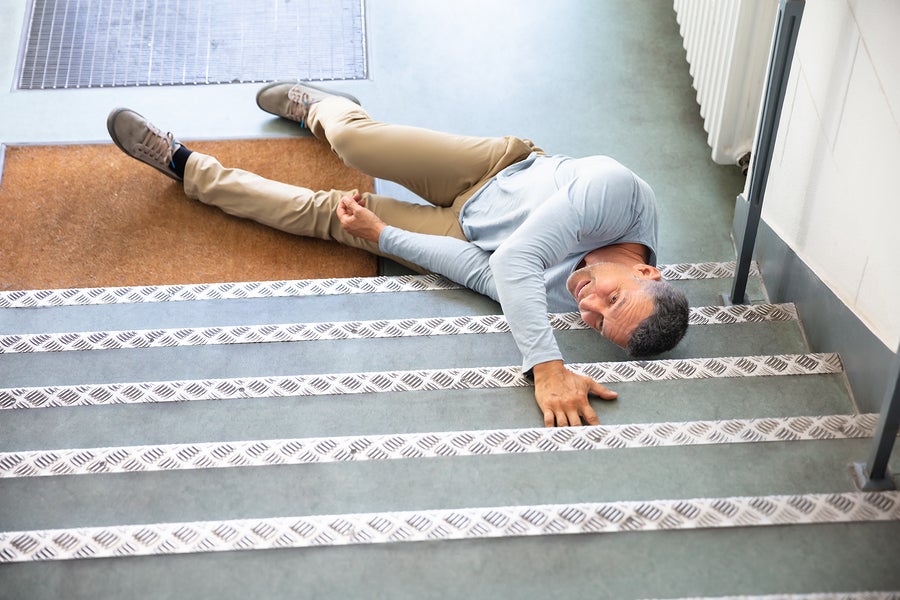 Recently, a man was arrested for insurance fraud after faking a slip and fall at work. According to ABC 7 News, the man, 57 year-old Alexander Goldinsky from New Jersey, planned and orchestrated the slip and fall scam in his companies break room. After he “fell” he waited for someone to find him, and then filed an insurance claim for medical treatment costs and the costs of his alleged injuries.

Goldinsky's plan ultimately failed when surveillance video of the break room and fall was released. The video went viral and was shown on news stations across the country, including California. In the video, Goldinsky is shown filling up a cup of ice, which he then dumps on the floor. He turns around and walks to the ice, then lowers himself to the floor. He remains on his back to create the illusion of the slip and fall. Goldinsky was eventually “arrested on Jan. 15 and charged with insurance fraud.”

In California, fraud falls into the category of white collar crimes. California Penal Code Section 550(a)(1) covers insurance fraud and specifically states that it is unlawful to: “knowingly present or cause to be presented any false or fraudulent claim [to an insurance company] for the payment of a loss or injury…”

Insurance fraud can be prosecuted as a misdemeanor or felony, usually depending on how much money was gained through the fraudulent claim. If charged as a misdemeanor the consequences include jail time up to 6 months and a fine up to $10,000. If charged as a felony, consequences can be imprisonment for “two, three, or five year, or…a fine not exceeding fifty thousand dollars ($50,000) or double the amount of the fraud, whichever is greater.”

Facing a charge of insurance fraud can be frightening and overwhelming. It is important to remember that there are defenses available—for example, the prosecution must prove your intent, that you “knowingly” intended to file a false claim. If you or a loved one is facing insurance fraud or any other white collar crime charges, the experienced Southern California defense lawyers at the Kann California Defense Group can help. You can call our law offices today at (888) 744-7730 for a free consultation—we are ready to help protect your rights, your freedom, and your reputation.