When Road Rage Becomes a Crime 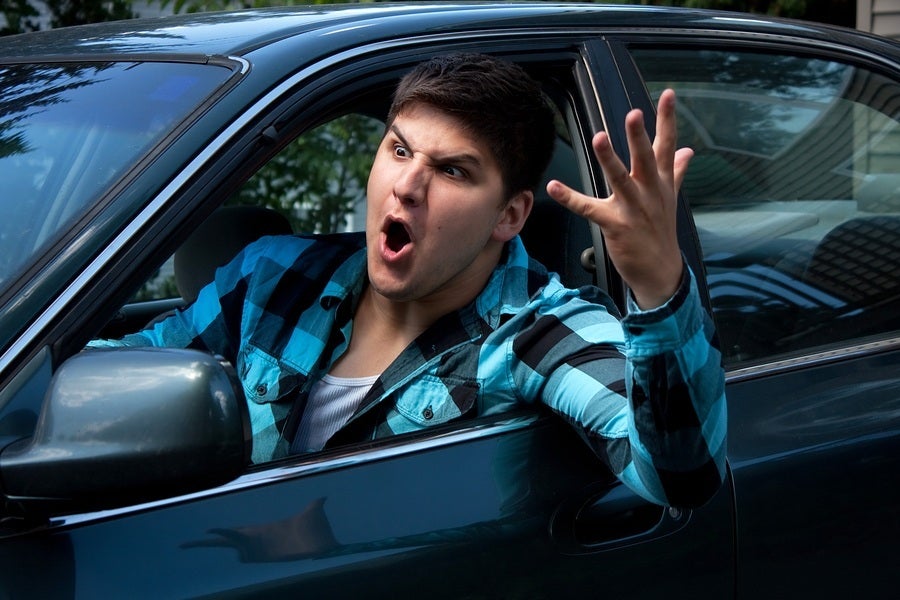 Recently, an Arleta man, Andrew Flanigan, was arrested for allegedly causing an accident on a Santa Clarita freeway last June. The cause of the accident: road rage.

A video filming what led up to the accident and the accident itself was captured by a passing car. Flanigan, riding a motorcycle, is seen speeding up to a sedan and kicking it. The sedan swerves and over corrects, causing the car to hit the center divider and ricochet back into traffic. The sedan then hits a pick-up truck, causing the truck to roll. Amid the commotion, Flanigan never stops, but instead is filmed fleeing the scene.

In California, if you act on your road rage and it leads to an accident, or harm to another person, you can face criminal charges. After his recent arrest, Flanigan is facing several felony charges including assault with a deadly weapon, reckless driving and hit-and-run.

Assault with a deadly weapon:

When a driver uses a car or motorcycle as a weapon to hurt another person, it can be charged as assault with a deadly weapon. In California, this crime can be charged as a felony or a misdemeanor, depending on the facts and if the victim was injured, with varying punishments from a fine to several years in jail.

A driver with road rage can also be charged with reckless driving, if it leads him or her to drive with a complete disregard for the safety of others and their property. Excessive speeding, dangerous weaving through traffic, and trying to hit another car or force another car in a certain direction are all evidence often used to support a claim of reckless driving. Reckless driving can be charged as a misdemeanor or felony, depending on whether another person was harmed or property was damaged.

Under California law, hitting another person or their property with your car and leaving the scene without giving them your information is considered a “hit and run” and is a crime. A hit and run can also be charged as either a misdemeanor or a felony, depending on the severity of the situation.

On the high traffic roads of Southern California, it can be easy to lose patience. However, it is important to remember that road rage related crimes like the ones listed above are very fact specific and just because you were frustrated it does not mean you committed a crime. If you or someone you care about has been accused of one of these or any other road rage related crimes, it is important to talk to an experienced Southern California criminal defense attorney. Our attorneys at Kann California Defense Group can examine the facts of your case, expose any weaknesses, and help determine your best defense. Call (888) 744-7730 today or fill out our online contact form for your free consultation.