Two Thousand Oaks men were recently arrested for bank fraud crimes after allegedly making fraudulent transactions at three different banks. As reported by ABC 7, the two men, ages 31 and 32, opened bank accounts and wrote checks related to the accounts while knowing that there were insufficient funds to cover the checks. 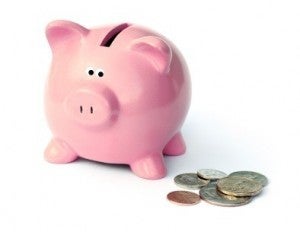 After making fraudulent transactions at different banks, the two men were investigated by the Thousand Oaks Police Department and the U.S. Secret Service. They were eventually arrested at a Thousand Oaks branch of Chase Bank and were booked at the East County Jail for the Ventura County Sheriff's Department. The two were charged with burglary, fraud, and conspiracy to commit a crime. Currently, police are investigating the alleged crimes and believe the men were working with a third party who supplied them with information to aid in their activities.

Defrauding a bank is a federal crime, meaning that defendants will face prosecution from federal agencies instead of state officials that they would normally face in a state crime. U.S. Code Title 18 Section 1344 states that “Whoever knowingly executes, or attempts to execute, a scheme or artifice — (1) to defraud a financial institution; or (2) to obtain any of the moneys, funds, credits, assets, securities, or other property owned by, or under the custody or control of, a financial institution, by means of false or fraudulent pretenses, representations, or promises” is guilty of bank fraud.

If a defendant is found guilty, he or she can be punished by up to a $1 million fine and up to 30 years in federal prison.

Bank fraud charges are taken very seriously in California and will be prosecuted to the full extent of the law by federal authorities. As such, if you have been charged with such crimes, you need the experienced aid of a Thousand Oaks bank fraud defense attorney at the Law Offices of Daniel E. Kann. We have the years of experience and skills needed to protect you from harsh penalties that could forever alter your life. For more information, call us today at (805) 290-4932.